Donald Duck. He’s Donald Duck. Envision that. He’s standing at the edge of a lake, watching his feathered friends paddle through the water.

This is an unconventional start to a blog post, I know. Stick with me.

Back to Donald. What’s that he’s holding? It’s a Pomeranian, and it’s being voiced by Morgan Freeman. Morgan Freeman looks up at Donald and says “you can do it.” Donald hesitates. The dog suddenly sprouts wings, grabs Donald by his tail, and flies him to the other side. Morgan Freeman breaks out into an incredible rendition of “Bridge Over Troubled Water” while he does so. 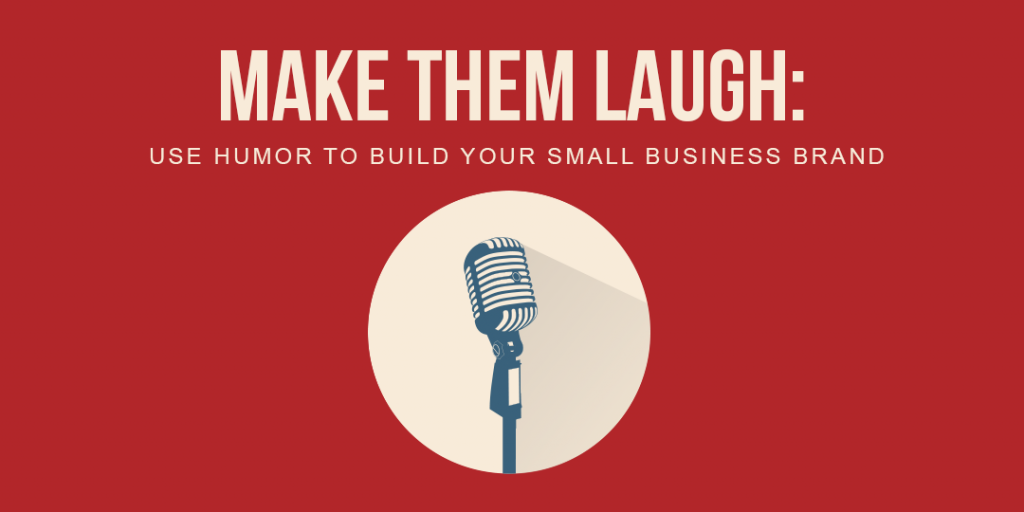 Freeze-frame as the sun sets just behind them, lighting the whole scene in silhouette. Birds take flight in slow motion. “Thanks, Morgan Freeman!” says Donald Duck, and the dog winks dramatically. The Pomeranian sets him on the ground, says something profound (“I need to make my Pilates appointment,” perhaps), and ascends into the clouds as a hallelujah chorus plays.

Here comes the stinger, vocals again supplied by Morgan Freeman as he gestures to his small, fluffy self: “You may not have this kind of pom, but why not try another?” Cut to a shot of POM Wonderful pomegranate juice. Yes, this was a juice commercial the whole time. Morgan Freeman appears one last time and winks at the camera again while he finishes his song with a rousing “like a bridge over troubled water, I will lay you down.”

Okay, so this isn’t a great idea for a commercial. I’m not claiming to be an advertising wizard, but I throw this pitch together to make a point:

Sometimes, it’s okay to loosen up. Picture my script for a moment. That image would stick with you for at least a day or two, right? Are you craving a nice glass of juice by now? Maybe not, but at least you’re thinking about it. And even if it just struck you as being weird, it did strike you — more than could be said for most other berry-based beverages.

Use Humor to Go Viral

Viral marketing has become a very, very big thing in recent years, with brands like Old Spice and Doritos doing their very best to create a memorable 30 seconds of advertising every few months. “I only watch for the commercials,” is a common sentiment thrown around each January once the Super Bowl rolls around, and there’s an understandable reason for it: companies will spend upwards of $5 million for a coveted spot that is like to net them an audience of over 100 million potential customers.

With that kind of spotlight, you need to make the most of the opportunity, and so we’ve turned the art of the ad into an annual contest for Internet fame. Whose is the best? Whose is the most memorable? Whose is going to get a trending hashtag? A majority of the time, the key to success lies in humor. Whoever has the funniest bit wins, because people will be spouting off your catchphrases for weeks afterward. “Did you see the one for ____?” will be everywhere, and that type of instant celebrity — be it on the small or national scale — is largely possible through levity.

Use Humor to be Memorable

Quickly, now: Think of a commercial you’ve seen. Any commercial. The first that comes to mind. It doesn’t have to be the full spot; a single phrase or element will do. Now, consider it. Why has that one detail lodged itself into the old memory banks?

For the sake of my argument, which I want to look good, I’ll guess that it’s because it was funny. Perhaps not so much anymore — what constitutes the ‘cutting edge’ of comedy tends to work on a very quick turnover. But even if that moment is worth nothing more than an eye roll today, it doesn’t change the fact that your brain has stubbornly held onto it.

Remember, for instance, the “berries and cream” guy from that bizarre 2007 Starburst commercial? I had completely forgotten the context of the spot until I looked it up again, but the “Little Lad” and his song and dance have been burned into my memory for years now. Throw either of those two words in my direction, and I’ll probably hear the faintest echo of “I am a lad who loves berries and cream” reverberating somewhere in the subconscious.

Why is this? It’s not a clever concept, really. It isn’t referencing some cultural touchstone or satirizing something particularly universal. It’s just a grown man in a wig yelling about fruit.

And that’s why it works. Because, for many people, it’s funny. Not everyone is going to think it so, of course, and plenty more will laugh only in reflex at the sheer absurdity of the gag. Being very, very random in a bid for humor is a dangerous gambit, because that particular approach tiptoes the thin between “hilarious” and “trying too hard.” Regardless of what tickles you, however, the fact remains: Starburst has branded itself into the public consciousness thanks to the Little Lad, and he’s still poking about in our brains a decade later.

And, hey, it was unique. And that’s what good advertising is all about.

Use Humor to Build Brand Identity

With social media an enormously influential and integral part of the digital landscape, “going viral” is the ultimate goal for a fledgling campaign. If it sparks the attention of a particular audience, the Internet will snap it up and do with it what it will, permutating and disseminating the idea in a million different ways before it moves on to something else. Sure, the glory may not last long, but it doesn’t need to; people engaged with it, and so it will leave its mark even after its heyday has come and gone.

This works because of the power intrinsic to feeling. Studies have found that content that evokes some kind of high emotion in a viewer is three times more likely to be remembered. Whether it makes you laugh or cry, your offering is one of hundreds that a consumer will glance at for maybe a minute, if that. You have to make sure that those seconds count, and sentiment can do that in an instant.

Use Humor as a Hook

Sites like Twitter and YouTube encourage content that is immediately consumable. If you can’t do something interesting in 140 characters or two minutes, your chances of catching on are going to drop. The details and “serious” stuff can be kept for later, once you’ve hooked and drawn a potential buyer in. A joke or two may not be much in the grand scheme of your advertising strategy, but it can be a foot in the door if it’s done well.

The problem is that many businesses and the products/services they sell aren’t inherently memorable. They may be necessities, but their importance also means that there are thousands of similar brands fighting for your wallet. Being forward and earnest about what you can do for somebody can lend credibility to your cause, certainly, but without some kind of established rapport or built-in customer base, it won’t do you much good. You may have something to offer that is undeniably high-quality and guaranteed to please, but people have to know about it in the first place for that something to succeed.

So while it may seem cheap or immature, a bit of humor can be invaluable if it’s handled right.

Use Humor as a Building Block

Getting somebody to laugh with (not at) your showmanship does a few things very quickly.

One effect is that of bonding: humor creates a social link between parties by diffusing tension and reducing stress. If you can get a smile, you’re encouraging an implicit sense of trust that the viewer is likely not even aware of. This fosters both an initial willingness to try your brand and a lasting sense of loyalty. If customers are going to use your products or services, they obviously need to like you. What better way to encourage a relationship than through laughter?

Humor also lends itself to sharing. As a small business, you can only spread yourself across the many wide spaces of the Internet so thin. Humor is infectious — if something makes you laugh, you’re going to want to share it with people you know. People enjoy the sense of community created through shared references and jokes, and places like Facebook make it incredibly easy for one person to disseminate new ones throughout a wide network.

Use Humor to Raise Awareness

Regardless of what you may be selling, being funny makes people take notice. You don’t need an enormous budget or a prime-time slot to make it work, either. As the linked article shows, for instance, a smaller company like DollarShaveClub.com was able to make a low-budget, 90-second YouTube clip fun enough to rack up over 20 million views. It’s nothing glamorous, but it doesn’t need to be; it chose an irreverent, casual approach and stuck to it, and people loved it. That first ad generated over 10,000 new orders within a few days of being posted, and the company has since grown enough to receive a New York Times profile and $9.8 million investment. Not bad for a company whose key selling point was simply “cheap razors.”

Of course, humor is a very subjective thing, and you have to be careful with how you employ it. Trying to be clever or “in with” the current trend can lead to swift backlash, as DiGiorno learned when they accidentally appropriated a hashtag discussing domestic violence on Twitter, or Coca-Cola encountered when they received complaints for referencing a pornographic film in a Facebook campaign. For large and profitable companies like these, such reactions aren’t like to cause too much lasting damage. For a family-owned, local business, however, even a small, centralized scandal can provide a killing blow.

There are many ways to tell a joke, be it through meta, pop culture references, or sheer shock value. They can all fall flat if not handled properly, so it’s important to know the audience you wish to target and what brand of humor is most likely to work with them. Mountain Dew’s Puppymonkeybaby concept from last year’s Super Bowl gave way to a lot of notice; and, even if that attention was comprised mainly of faux horror and mockery, it nonetheless managed to generate just as many views as DollarShaveClub.com’s (somewhat) more subtle approach did in a fraction of the time.

Don’t Be Afraid to Get Creative

At the end of the day, the argument is this: Is it better to try something flashy to generate attention (good or ill), or play it safe and risk not getting any at all? Your business and its success should be treated seriously, of course, and a meme-worthy tagline is no replacement for genuine customer service and work, but there’s no reason why a bit of fun can’t give your brand an extra kick as well. Selling tires or painting services isn’t inherently exciting, so you need to make it so.

So you may not be able to afford something like my opening pitch (think of the licensing fees, for crying out loud), but the spirit of the thing remains: Whether you’re aiming for weird, subtle, or just plain outlandish, do something that makes an impact. Make them laugh.

And if push comes to shove, you can always get a merchandising deal out of it. Taxidermy not lighting anyone’s fire? Chuck Testa would say otherwise. Don’t forget to buy a t-shirt.