BizIQ is getting their office to go green thanks to Clayton Beyer, a BizIQ Internet Marketing Fulfillment Specialist and his coworkers. The original plan was thought of when Beyer and Ryan Russell, one of the owners, were brainstorming sustainable projects to implement in the office.

“Since we’re an online business and we’re already using less paper, we know that we’re already pushing on the environmental side,” said Beyer. “So I went back and I took some time to research what we could do with an initial list of some of the basic changes like retrofitting and changing the overhead lights to more efficient lights. The second thing I came up with was a recycling project that I thought would be pretty easy to manage.” 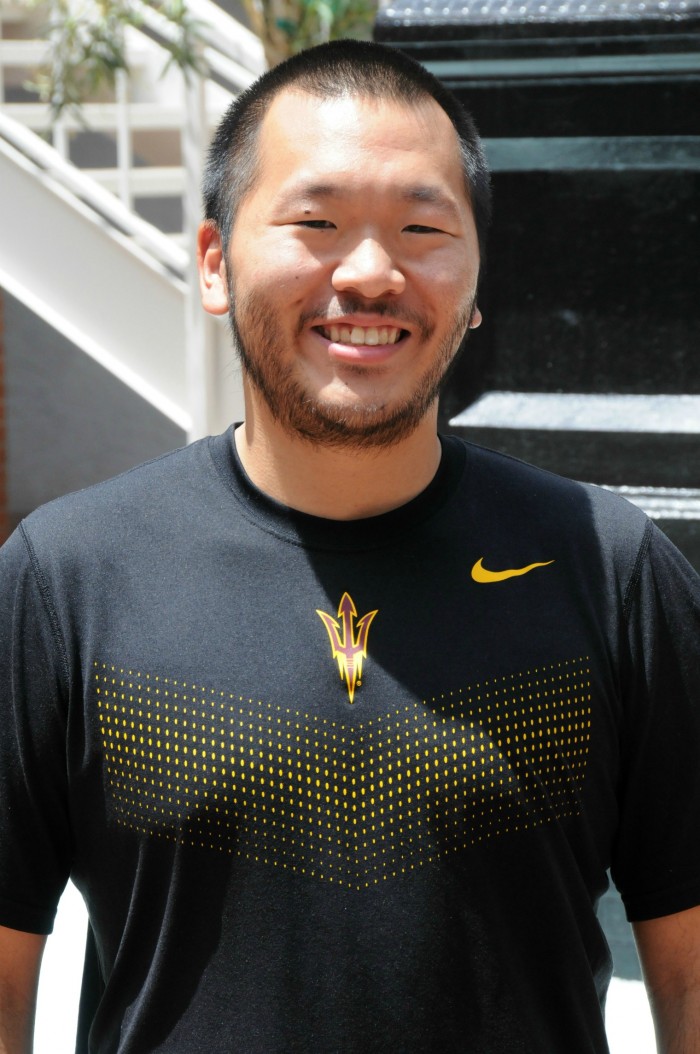 Beyer, who has come to be known as the Chief Sustainability Officer of the office, began by taking time at the end of each day to sort through recyclables that had been mistakenly discarded. He later brought in recycling bins and helped to educate the team on what could be recycled and what could not. Soon, the whole BizIQ team was on board.

What originally started as a one man job has now turned into the entire office recycling waste products. “It’s become more personable,” said Beyer. “[The team] sees me and they see that I’m willing to put in the effort and they think that they can put in the effort too. It’s been cool to see participation growing and seeing sales people who make a point to give me the cans at the end of the day.”

“It’s not like I’m asking them to change their lifestyle habits or anything. It’s just putting in half an ounce of thought into something before you throw it away. I think recycling is good because it’s so easy to do and people can carry it over to their houses.”

Beyer would like to see additional environmental programs implemented in the near future such as carpool or ride-share programs; basically anything that would lower the office’s carbon footprint. Beyer majored in sustainability and marketing at Arizona State University but wasn’t always interested in being green.

“I wasn’t passionate about environmental stuff until my senior year of high school, I took an environment science class and then it kind of just clicked! It’s sort of the millennial mindset where you think “Oh hey I’m going to change the world!”

Beyer claims this whole project doesn’t take that much time out of his work routine and that he genuinely enjoys doing it. “I was a boy scout and we went camping a lot; when you see the world and the environment a lot it makes you want to cherish it,” Beyer said.

BizIQ Ranks on Inc. 5000 List for the Fifth Straight Year

BizIQ Appears on the Inc. 5000, Ranking No. 4,576 on Revenue Growth of 69 Percent BizIQ is delighted to announce its place on the prestigious…

Every week it seems there’s a new way for Artificial Intelligence (AI) technology to make our day-to-day lives easier, and this week is no different.…

Big Changes to the BizIQ Back Office

If you’re a BizIQ client, you probably log in to your Back Office on a regular basis to check on the performance of your small…