Facebook’s January 2018 algorithm update is poised to change the face of your Facebook News Feed – and it could make it harder for your small business to get found.

Facebook recently announced a major change to its News Feed. The algorithm that controls what kind of content you see each time you log on will begin to prioritize posts made by Facebook friends, specifically posts that encourage meaningful interactions like back and forth discussions, “likes” and other reactions.

Facebook CEO Mark Zuckerberg explained the change in a post on his own Facebook wall which, unsurprisingly, garnered hundreds of thousands of the aforementioned meaningful interactions that the algorithm update will begin to favor.

“We’re making a major change to how we build Facebook,” he says. “I’m changing the goal I give our product teams from focusing on helping you find relevant content to helping you have more meaningful social interactions.” 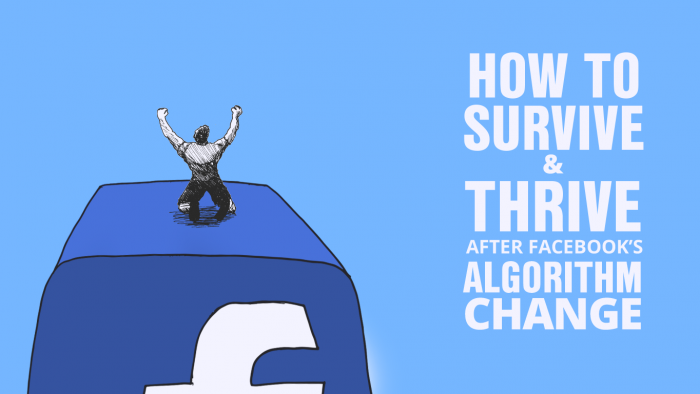 What will change on Facebook’s News Feed?

For Facebook users and the general public, it will mean that you are likely to see more posts and content posted by your friends and family, and significantly less public content developed by Facebook business pages, brands, and media.

For the small businesses who have come to rely on Facebook as a second home on the internet, and depend on it to get their messages out to potential customers, it means that what you post to your Facebook business page could see a drastic dive in visibility. In short, it means that you may have your work cut out for you when it comes to getting your business found organically on Facebook.

When will the changes to Facebook News Feed take effect?

Facebook users will most likely begin to see changes to the balance of content between friends and brand content in their news feeds before the end of the month, though how noticeable of a difference it will be still remains to be seen. It’s important to remember that Facebook has been testing key changes to how it presents public content from brands and media in a variety of ways over the past year, and this News Feed algorithm update is very likely the first in a series of more widespread changes that will be rolled out in the coming months.

“We started making changes in this direction last year, but it will take months for this new focus to make its way through all our products. The first changes you’ll see will be in News Feed, where you can expect to see more from your friends, family and groups” explained Zuckerberg.

How can businesses survive and thrive on Facebook post-update?

While businesses will very likely see a dip in reach and engagement, all hope is not lost for those who have come to rely on Facebook for bringing in new customers. In his announcement, Facebook’s fearless leader did leave us a few clues regarding how to help business posts, updates, and visual content get found. Here’s what we can glean from his full statement so far.

As Mark Zuckerberg says in his announcement, “As we roll this out, you’ll see less public content like posts from businesses, brands, and media. And the public content you see more will be held to the same standard — it should encourage meaningful interactions between people.”

So just what are those standards? It all boils down to offering content that promotes things like a sense of community, authenticity, active engagement, and above all, meaningful interaction

For what it’s worth, I’d like to take this opportunity to officially predict that “meaningful interaction” will become the social media buzzword of 2018. But what is meaningful interaction? We have some examples to draw from like the tight-knit communities surrounding TV shows and sports teams that Mark references.

So how can you make your content more meaningful? Put simply, try to make posts that inspire back and forth conversation. Before posting, ask yourself if what you’re putting out into the world is something your customers would stand around the water cooler chatting about? Is it something you can envision them discussing with their family and friends over coffee? In short, does your post have the potential to spark conversation? If so, it probably has the ability to generate comments, likes and shares and is thus more likely to be visible.

Mark gives us some specific examples of what he (and by extension we can assume the Facebook algorithm) considers an active experience vs. a passive experience. He references news articles or videos that, while entertaining or informative to view, don’t inspire further discussion.

How do you know if your content is active or passive? Before you post, ask yourself whether the content of your post, video or otherwise, is meant to be viewed for informational purposes (like an announcement about a change in your business hours, for example) or whether it’s something that meets the criteria for meaningful interaction that we discussed above.

Still stuck with what to post? Check out our top 10 social media post ideas for small businesses.

Want to Avoid Facebookgeddon? Humanize your brand and have meaningful conversations with your customers.

With the focus of the platform officially shifting towards creating an engaging space for Facebookers to connect with the people (and presumably the places and things) they care about, businesses will need to make some changes in how they approach content creation by taking a more “human” approach to creating content and communicating on social media.

Meaningful interaction has always been extremely valuable for small businesses on Facebook and elsewhere. An engaged following that really cares about what your business has to say (and most importantly one that feels they have a voice in your business too) is a powerful tool for growth.

How to Use Social Media to Build Customer Loyalty

If you own a small business, what do you do when it comes to social media? Do you just use your personal profiles on sites…

Social media is a cornerstone of any small business’ online presence. Aside from your website, your social profiles are the only other place on the…

Social media is one of the most valuable elements of your digital marketing strategy. However, are you getting the most out of your social profiles?…